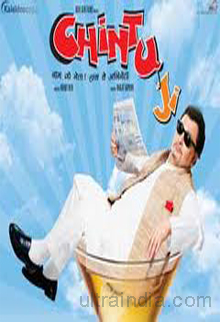 Chintu Ji is a comedy movie which shows the innocence of small townies and thought of a super star. The whole story of the movie moves around a small village where natural lives of common people has been shown. Chintu Ji movie is based on the story of Hadbahedi and Triphala village. Hadbahedi is a small and beautiful town. The village looking forward but it is honest. On the other hands, Triphala is a corrupt town. Hadbahedi village compete Triphala town for resources and recognition. The people of Hadbahedi think that they are totally neglected by the state. So, they want to seek their identity. Chintu Ji movie introduces Priyanshu Chatterjee as Arun, the local newspaper’s proprietor. Now, they get some hope to know that Rishi Kapoor or Chintu Kapoor was actually born in Hadbahedi village 55 years back. Now, they arrange a grand welcome to Chintu Ji. Chintu arrives in the village with Devika Malhotra who is his young and dynamic PR agent. He is an annoyance at Hadbahedi. He dislikes innocent people of Hadbahedi. This behaviour of Chintu was in stark contrast to the innocent, genial nature of the townies. Chintu is falling prey to the tempting monetary and political offer made by Triphala. Now, the town is attraction point of media and government due to Chintu Ji’s stay in Hadbahedi.