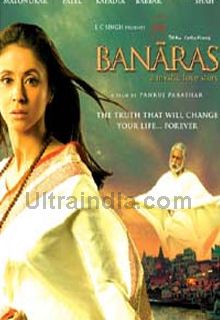 A young woman, Shwetambari (played by Urmila Matondkar) is the daughter to wealthy Brahmin parents, Mahendranath and Gayatri Devi (played by Raj Babbar and Dimple Kapadia respectively) and studies at university in the city. She falls in love with a low-caste mystic named Soham (played by Ashmit Patel). Soham, after one meditative session, is illumined by Babaji, his mentor (played by Naseeruddin Shah) and decides there is no harm in falling in love with the girl from the high-caste Brahmin family. This creates a citywide scandal. Shwetambari's parents initially object but eventually support the relationship, despite the objections of orthodox elements. The orthodox elements of the society discourage the relationship actively, driving Shwetambari to depression. She eventually finds salvation in her religious beliefs. Eventually, when she discovers her own mother caused the murder of her fiance, a disheartened Shwetambari leaves the city. 17 years later, Shwetambari, now a philosopher and religious scholar, is torn between returning to her beloved city of Varanasi to see her dying father, and avoiding all the unpleasantness associated with her inter-caste liaison of the past. She returns, which creates turbulence in the mindscape of her so-called self-realized being.