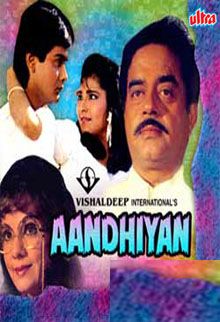 Dushyant and Shakuntala meet and fall in love with each other. Both come from fairly wealthy families', with Shakuntala's dad being a retired army officer, and Dushyant's dad a politician and industrialist. Both are married in a simple ceremony. Shakuntala would like a public announcement, but Dushyant's dad advises against this, agruments ensue, and a pregnant Shakuntala leaves Dushyant. Shakuntala gives birth to a baby boy, Vikram, and he grows up under her care and love. Years later, Vikram has grown up without knowing his father, who is now the state's Chief Minister. When he does come to know about him, he attempts to meet him, but in vain. So he dramatically sends him a bomb by mail, and is arrested. In Court he openly declares that the Chief Minister is his father, and as a result Dushyant's dad moves the courts for his custody. Shakuntala is sure that Vikram will elect to stay with her, but to her shock Vikram chose to live with his father. What Shakuntala does not know Vikram, in doing so, has an agenda of his own.