There was a time when 3 am was only for booked for lovers, loners, bookworms and foodies, but things are changing now for good as many people are enrolling for svod. Gone are the days when many were dragged through time as they didn’t know how to utilize time. Suffering was inevitable as TV shows and movies lacked creative content, it was like having the same plain and boring food made from an ordinary housewife that promised extraordinary service. But God certainly does listen to all those silent prayers and promised people to remove all the suffering that TV bestowed upon mankind. This blessing in disguise was the rising of svod services.

SVOD is good for eyes

Nowadays, people get bored easily from TV, relationships and even professions. They want something innovative and creative that stays and entertains them till eternity, just like Amitabh Bachchan, who never fails to impress. People are ignoring the idiot box’s content that isn’t amusing anymore as same things are repeated over and over again. Watching Sooryavansham and seeing Thakur Banu Pratap eating a poisonous kheer, isn’t how we planned on spending our Sundays, that’s why subscription to video on demand services is rising. Happy and smiling everyone is because they are no longer slaves to the remote control operated TV as control is in their hands. Video on demand services is empowering people to take control in their hands by choosing the right time, the right content and the convenience to watch TV shows and movies.

Sasural Simar Ka inspired many people to get up and do something with their life; otherwise the pain would get worse. And it is said that pain changes people. It was difficult in the initial days to give up TV and embrace an unknown platform. But a sort of a spiritual healing began with video on demand services that enlightened online users that wisdom is here with you, on your PCs, laptops and smartphones. So the switch was made from TV to a digital medium that offered limitless content. Parents, who thought their children lacked focus and creatively were proved wrong as these children focused was undeterred when it came to watching a full series on NETFLIX. With SVOD services, content is the new king and the audience is the best judge of that. Almost, every month a new show or a new movie is aired on numerous video on demand platforms and they keep the viewers glued and engaged. When it comes to creativity, there is no competition as the content is powerpacked with appealing visuals and a mind-blowing script that makes the audience wanting more.

Producers wanting a piece of the cake

Every producer wants the best results from his content, but sometimes that doesn’t happen because of various factors that restrict the growing of content. However, freedom is found with subscription to video on demand services where content is given wings to fly. Online streaming content providers are purchasing SVOD rights from producers to gain maximum viewership. Even new-age producers have realized the power of these online platforms. At first, they were a little skeptical but over the years these platforms have emerged as clear winners, shutting the mouth of conservative people, who thought investing in online medium is a bad choice that’ll give us bad results. Also, producers know one fact for sure and that is they are definitely going to benefit from VOD.

Hence, everything has an end but content on video on demand services doesn’t have an end and it is one friend you can always rely on.

Pros and Cons of AVOD, SVOD and TVOD 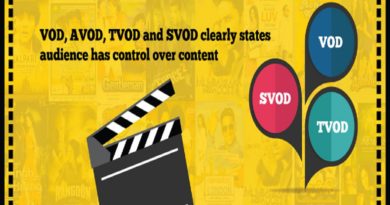 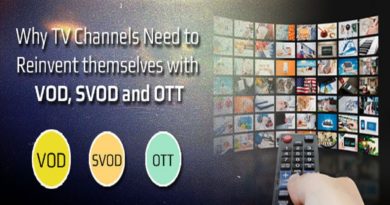 Why TV Channels Need to Reinvent themselves with VOD, SVOD and OTT

March 29, 2018 Team Ultra Comments Off on Why TV Channels Need to Reinvent themselves with VOD, SVOD and OTT