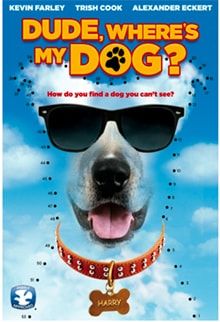 A young tween named Ray is left at home to watch the family dog, Harry, to prove to his parents that he is not, as they say, "irresponsible." But, before he knows it, curious Harry runs out the front door and into Krepner's house- Ray's kooky, suspicious neighbor. While in the house, he is accidentally doused with a stolen top-secret invisibility formula and then runs wild throughout their small town unseen causing a ruckus. Krepner is ordered to catch Harry to retrieve what's left of the formula in his DNA. Ray and his friends now must find the pooch not only before the villains, scientists and FBI Agents get to him first, but before Ray's parents get home!